Welcome to my Shopper Girl Blog!

Reflections On Back To School Fashion 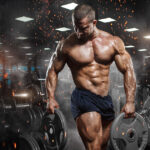 A Sports Bra Could Stop Your Breasts From Becoming Saggy & Unsightly

Bicycle Clothing – What Cycling Clothing To Wear & When

Surfing With The Billabong Brand

Online Scams – How To Avoid Getting Fooled

Haven’t you ever had time you wanted to get away from it all? In March/April 1978, www.motherearthnews.com published a story about a couple who bought McLeod’s Island — a 90-acre island off the coast of Cape Breton Island, Nova Scotia, Canada.

They have a few animals, spend very little on groceries, and are pretty well sustained by the island itself. Although it does present them with some challenges:

“The sea, you know, is not called “restless” for nothing. A glass-smooth bay (as we’ve learned so well!) can churn-sometimes seemingly in seconds-into a windswept chaos of currents and combers. We’ve also seen that same bay (the one in which our island is located) thaw and then completely refreeze in just hours on a single December day.

Winters up here can be especially variable. Continual spring-like thaws throughout 1976’s cold season, for instance, kept our bay filled with slushy ice that was too thick to push a boat through … but too dangerous for even a fox to walk on. We were marooned for three full months, from the first of January until the end of March. Last winter’s record cold snap, on the other hand, filled the bay so solidly with pack ice that we could hike back and forth to the mainland for our mail and toboggan loads of supplies any time we wanted.”

For some of us, we find the Internet gives us the freedom to be able to work and live almost any place we want to. These people didn’t have that luxury. I use the past tense as I can’t find any current information about them. Who knows? Maybe the tide swept the out to sea.

Life is full of sacrifices. Some are just more dear than others. Still, I don’t think buying an island is in my future.

You can read the whole article here. http://www.motherearthnews.com/library/1978_March_April/We_Homesteaded_an_Island

For more amazing content visit us at The Coffee Break Blog!!!

Online Scams – How To Avoid Getting Fooled

Never Be Afraid To Start Over

Lost your password? Please enter your username or email address. You will receive a link to create a new password via email.